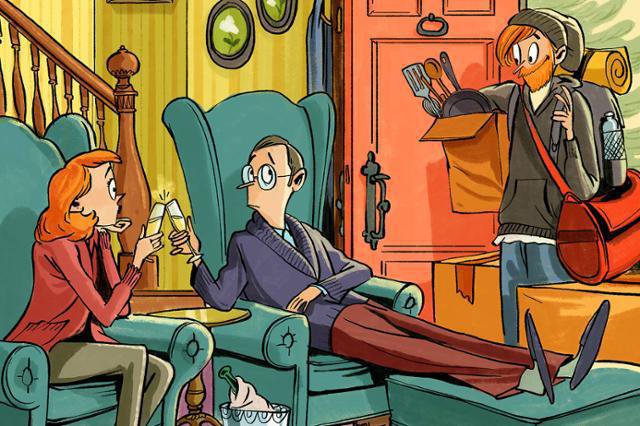 Parenting Isn't Over When Kids Grow Up

Let's say that you have recently launched your son or daughter toward college—or a job, or the armed services or perhaps graduate school. In any case, you are done with parenting, ready to collapse into an easy chair, pour yourself a drink and reflect on a job well done.

Then the phone call comes about an intolerable roommate or unfair professor, or hours cut back at work, or a request for a small loan for recording equipment or perhaps a donation for a three-month trek through Europe. And it suddenly dawns on you: You're parenting in overtime.

How does this happen? Forget the myth that adulthood begins at age 18 or 21. Psychologist Jeffrey Arnett has famously charted the developmental stage that he calls emerging adulthood—"a gradual transition from adolescence to full adulthood that stretches from age 18 to roughly age 30." His research shows that only in their late 20s do most people feel like an adult "most of the time." Young people must accomplish a host of big and small developmental tasks to help make the transition, from getting their own living quarters to changing the oil in their car. And one of the paradoxes of growing up is that true independence involves learning when and how to ask for help.

Meanwhile, for economic reasons, more emerging adults remain intimately connected to their parents than ever before. A recent U.S. Census Bureau study shows that over 30% of young adults ages 18-34 still live with their parents. A 2019 Pew Research survey found that the majority of these parents provided financial (60%) and emotional (77%) support within the past year.

So, like it or not, your job isn't finished. But what should overtime parenting look like? Fortunately, there are some principles that can minimize your sense of powerlessness and frustration while maximizing your ability to support your transitioner's growth.

Avoid the enabling trap. Many parents provide financial support as their college graduates enter the adult work world, but it is imperative that parents closely attend to the difference between support and enabling. One client of mine was still providing a monthly stipend to her 27-year-old daughter. The daughter was a gifted artist but since college had worked in a low-paying job in an art-supplies store. Her financial dependence on her parents became dramatically complicated when she became pregnant and had a child. Her mother felt trapped, knowing that the financial safety net undermined her daughter's motivation to seek a better-paying position, but at the same time she felt she couldn't financially "abandon" her grandchild.

She had to rethink the terms of her financial support. Rather than issuing a monthly check, she offered to pay directly for child care—but on the condition that her daughter would begin a serious job search for a more professionally suitable and financially viable position.

When you're parenting in overtime, financial and material support should be contingent on the readiness of your transitioner to pull their own weight—going to class, working more hours, paying a fair portion of living expenses, etc. If they aren't meeting you halfway, then you're not supporting—you're enabling.

Allow your transitioner to learn from mistakes. Many parents imagine that difficult situations will lead to disaster. "If he drops out of college for a semester, he'll never complete his education," or "If she continues to get up late for work, she'll get fired." But when parents catastrophize—imagining the worst possible outcome in a situation—they often short-circuit potentially valuable life lessons.

Have you had to help out your adult children, or have your parents had to help you after you moved out? How did you handle it?

One parent called me in a panic when her 20 year-old son refused to answer a summons to a local traffic court, resulting from three unpaid speeding tickets. Against my advice, she interceded with the court and paid his fines, depriving him of a valuable lesson—don't mess with the legal system! Her rationale? "If I don't pay his fines, he'll lose his license, drop out of college and ruin his future."

The role of parents in the emerging adult stage is not to protect and prevent but to allow poor (but not life-threatening) choices to play out to their inevitable negative consequences. And when this happens, a parent's task is to be available—not with "I told you so…" but with "How can I help?"

Follow the 49% rule. Most 20-somethings need emotional support and practical coaching as they face unfamiliar hurdles—filling out applications, opening bank accounts, interviewing for jobs. But however much initiative, energy, or emotional investment is required to accomplish a task, limit your contribution to 49%. Once you drift over 50%, you own it, and you're likely to see your transitioner's motivational investment diminish.

That is what happened with a 19-year-old client of mine the summer before beginning college. He was highly anxious about the transition, and this manifested as foot-dragging on a variety of mundane but necessary tasks: submitting medical forms, selecting courses, confirming dormitory placement and so on. His father, anxious about his son's stalled initiative, stepped in to "help" by tracking due dates, completing forms and generally nagging his son to take care of business.

Unwittingly, his father had crossed the 49% line and taken ownership of the transition process. I said to the dad: "Think of yourself more as a consultant than a supervisor—ready with your wisdom and guidance but allowing your son space to wrestle with the key challenges of initiative and ownership." He did, and in a few short weeks, the young man got his act together and headed off to a successful college experience.

Parenting is, after all, a job with built-in obsolescence. If you're doing it right, your kids will eventually head into the world with the skills to succeed and thrive on their own terms, in their own way.

Dr. McConville is a clinical psychologist specializing in adolescent and family psychology. This essay is adapted from his new book, "Failure to Launch: Why Your Twentysomething Hasn't Grown Up…and What To Do About It" (Putnam). 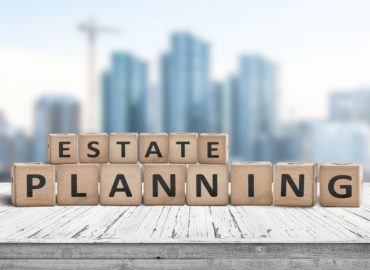 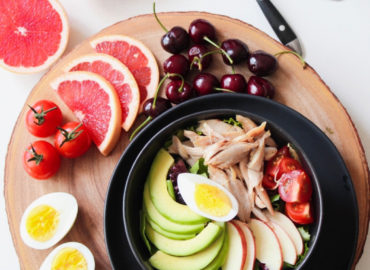 The September Pause: A Month to Reset and Reflect